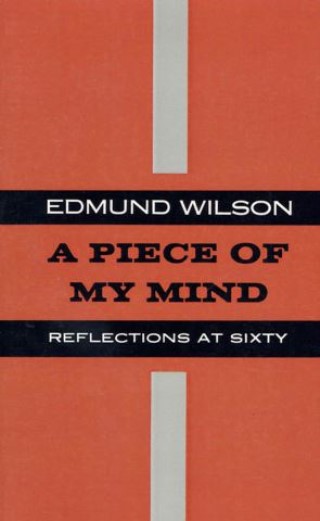 A Piece of My Mind

From the author of To the Finland Station comes a deeply personal and incisive memoir, A Piece of My Mind.

Edmund Wilson, often considered to be the greatest American literary critic of the twentieth century, reflects back on life in his sixth decade with this insightful intellectual autobiography that covers topics ranging from Religion, War, the USA, Europe, Russia, Jews, Education, Science, Sex, and much more, all examined with his characteristic wit and intelligence.

Edmund Wilson: Edmund Wilson (1895-1972) was a novelist, memoirist, playwright, journalist, poet, and editor but it is as a literary critic that he is most highly regarded. His more than twenty books include Axel’s Castle, Patriotic Gore, To the Finland Station, and Memoirs of Hecate County.