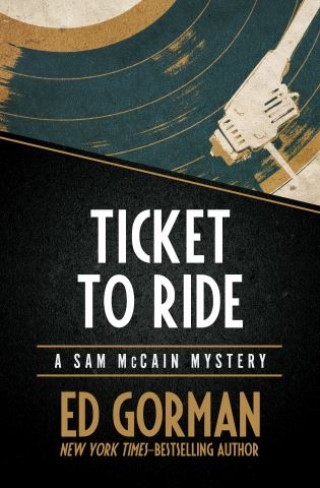 Iowa lawyer Sam McCain is out to solve the murder of a Korean War vet in this 1960s-era mystery by the New York Times–bestselling author of Bad Moon Rising.

Iowa, 1965. For small-town lawyer and part-time investigator Sam McCain, the free love era isn’t all that free or loving. The alcoholic judge he works for just finished a stint in rehab; the beautiful colleague he’d been pining for has gone back to her husband; and an old friend recently came home from Vietnam in a coffin. It all makes guys like Harrison Doran—the handsome, outspoken antiwar activist who stands to inherit millions—difficult to stomach.

So when local war hero Lou Bennett is murdered after an altercation at a protest rally and Harrison is arrested for the crime, it’s Sam’s job to defend the loudmouthed ladies’ man. But Sam soon discovers there’s more to Lou’s past than the time he spent overseas. And as he watches his provincial hometown of Black River Falls transform to the sounds of Bob Dylan, Joan Baez, and the Beatles, Sam begins to wonder if the good old days were ever all that great.

Ed Gorman:
Ed Gorman (b. 1941) is an American author best known for writing mystery novels. After two decades in advertising, he began publishing novels in the mid-1980s. While using the pen name Daniel Ransom to write popular horror stories like Daddy’s Little Girl (1985) and Toys in the Attic (1986), he published more ambitious work under his own name, starting with Rough Cut (1986). A story about murder and intrigue inside the advertising world, it was based on his own experience, and introduced Midwestern private detective Jack Dwyer, a compassionate sleuth with a taste for acting.
Gorman’s other series characters include Robert Payne, a psychological profiler, and Leo Guild, a bounty hunter of the Old West, but his best-known character is probably Sam McCain, a gentle young sleuth of the 1950s, who first appeared in The Day the Music Died (1998). Besides writing novels, Gorman is a cofounder of Mystery Scene magazine.