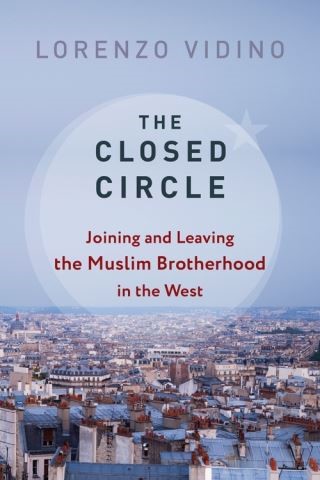 Joining and Leaving the Muslim Brotherhood in the West

The Muslim Brotherhood in the West remains a mysterious entity. In The Closed Circle, Lorenzo Vidino offers an unprecedented inside view into how one of the world’s most influential Islamist groups operates. He marshals unique interviews with prominent former members and associates from Europe, the United Kingdom, and North America, shedding light on why and how people join and leave Western outfits of the Muslim Brotherhood.

Drawing on these striking personal accounts, Vidino weaves together the experiences of individuals who participated in and later renounced Brotherhood groups. Their perspectives provide a wealth of new information about the Brotherhood’s secretive inner workings and the networks that connecting the small yet highly organized cluster of Brotherhood-influenced groups. The Closed Circle examines the tactics the Brotherhood uses to recruit and retain participants as well as how and why individuals make the difficult decision to leave. Through the stories of diverse former members, Vidino paints a portrait of a highly structured, tight-knit movement. His unprecedented access and understanding of the group’s activities and motivations has significant policy implications concerning Western Brotherhood organizations and also illuminates the underlying mechanisms found in a range of extremist groups.